Associate Professor Michael Gibbons in the Department of Government and International Affairs is analyzing the major speeches at both the Republican and Democratic National Conventions. Here’s his thoughts on Mitt Romney’s speech from last week, and coming soon will be his analysis of Bill Clinton and President Obama’s speeches (he promises to be equally tough on all. Ask his students, he’s a tough grader). 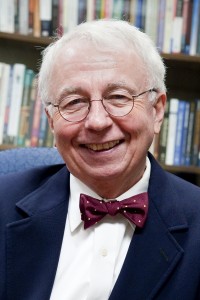 general, often vague, vision of the direction of one’s administration.  Given the lack of specifics in the acceptance speech by Paul Ryan, many commentators were anticipating specifics about what policies Governor Romney’s would pursue if he won the election.  This latter point seemed particularly important in light of the confusion in the Romney camp about just what parts of the Ryan budget plan and abortion agenda Romney would sign on to.  But like Ryan’s speech, aside from the specific criticisms of President Obama, several of which are based on untruths, there were no policy specifics as there was with Obama and  McCain in 2008, or Clinton in 1992.  There were no specifics about how Romney would redress the alleged failures of the Obama administration.

An example of the shortage of specifics is the claim that a Romney administration would balance the budget (forgetting, perhaps, that Congress has a role in passing laws).  If one adds up the tax cuts that the Ryan budget proposes, it comes to $4.3 trillion.  That is offset by $1.7 trillion in spending cuts born disproportionately by the middle class and the poor.  That is not a move toward a balanced budget.

However, despite the lack of specifics about his own policies, Romney’s speech, like the Ryan’s, continued to rely on untruths about the Obama record.  He reiterated the claim that the Obama administration cut $716 billion that would hurt seniors.  In fact it has widely been demonstrated that the savings come in terms of reducing overpricing and cutting inefficiencies, two things Republicans have supposedly favored in the past.

Similarly, Romney accuses the President Obama of conducting an apology tour oversees.  Again, fact checkers have repeatedly pointed out that the claim is wrong, but the untruth continues to be part of the Republicans’ attack.

But two statements stand out as more egregious.  One, near the close of his speech, claims that under his and Ryan’s leadership a united America “will care for the poor and sick, will honor and respect the elderly and will give a helping hand to those in need.”  How these things are going to be achieved when the Ryan budget would shred the safety net is unclear.  The Ryan budget, which Romney earlier said he would sign into law if he were president, so hammers the poor it was called immoral by the U. S. Catholic Bishops. The analysis of the Ryan budget shows that 62 percent of the cuts in Ryan’s proposed budget would come from those programs that provide the safety net for low-income families, including the poor and the working poor.

But the most egregious statement of all has to be Romney’s claim that after Obama’s election, “Americans always come to together after elections.  We’re good and generous people, and we are united by so much more than what divides us.”  The Republican public pledge and commitment to oppose Obama on everything in order to see him fail, even when such opposition inflicted pain and distress on the country, is hardly and example of coming together nor is it an example of generosity.

The Republicans opposed everything the Obama proposed even though Obama made serious efforts, much to the consternation of people such as Paul Krugman, at bipartisanship.  But as Thomas Mann and Norman Ornstein have pointed out, time after time the Republican’s opposed legislation simply because Obama endorsed it, even when they were the co-sponsors of that very legislation!  And, of course, this culminated in the Republicans taking raising the debt ceiling hostage (their words) even though they recognized it might do irreparable harm to the country.  So single minded were they in their intention to see Obama fail that the party of “no” as they came to call themselves filibustered legislation in the Senate a record 231 times and included opposing such bills and providing health care for 9/11 first responders.  The idea that Republicans were among those who came together behind the President in his early years suggests contempt for the intelligence of American voters.

One final point should be made.  Despite his claim that his Roman Catholicism influences his thinking about economic issues, it is clear that Ryan’s budget has nothing in common with Roman Catholic Social Doctrine the principles of which are readily available on line.  Ryan’s budget is inspired by a “me first – who cares about you” kind of individualism inspired by the novelist Ayn Rand.  I am not a big fan of John McCain But looking over his acceptance speech from 2008, you find something that you will not find in the Ayn Rand inspired vision, a vision that glorifies selfishness (her words) and narcissism, of the Ryan-Romney ticket and their plan for America.  After alluding to Barak Obama’s achievement (which I infer was a reference to Obama being the first African-American nominee for President from the two major parties), after specifying what initiatives that he would embark upon, McCain said “My friends, if you find faults with our country, make it a better one. If you’re disappointed with the mistakes of government, join its ranks and work to correct them. Enlist…Enlist in our Armed Forces. Become a teacher. Enter the ministry. Run for public office. Feed a hungry child. Teach an — an illiterate adult to read. Comfort the afflicted. Defend the rights of the oppressed. Our country will be the better, and you will be the happier, because nothing brings greater happiness in life than to serve a cause greater than yourself.”

You won’t find any of that in the current Republican platform, nor in the speeches delivered at the RNC, and certainly not in the Ayn Rand-inspired speeches of the Ryan-Romney ticket.  This Republican hyperindividualism, as conservative columnist David Brooks calls it, the idea that there is only an “I” and a “me” and not “we” or “us,” is really a kind of mythic individualism found in cowboy and detective films (Clint Eastwood, High Plains Drifter; The Pale Rider, Dirty Harry) but not in reality, not in a society where citizens depend on their own efforts but also on other citizens as well for their well being. Alexis de Tocqueville knew this. In Democracy in America he saw such hyperindividualism as the greatest danger to American democracy with its balance of properly understood individualism and equality.  But he thought America had the resources to resist it.  That may be the real test of the 2012 election.