Tampa – We Mean that in a Good Way

If you heard Tampa mentioned at last week’s Democratic National Convention, chances were in was shorthand for criticizing the Republican Party’s three-day convention here the week before. Will the negative connotation stick? USF Mass Communications Adjunct Wayne Garcia, a former political reporter and campaign consultant, had some interesting thoughts in this story from the Tampa Bay Times. 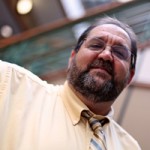 “I definitely think that Tampa has become an epithet for Democrats or progressives.  “It was disturbing to have Tampa get flogged so badly by everyone at the Democratic National Convention. It was as if Tampa was the breeding ground for conservative Republican thought and people.”