# Parents Magazine: Engage Kids in the Election | On Point

USF Professor of Social Science Education Michael Berson contributed to a great feature in Parents magazine on how to involve kids in the upcoming election. It’s no secret that civics education 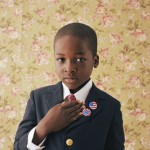 has been on such a decline that there’s a real fear of creating a generation of voters who aren’t just uninformed, they don’t understand the fundamental importance of civic participation. Berson, a Senior Fellow and the Florida Joint Center for Citizenship, has some great tips on how to turn the 2012 election into a teachable moment. Read them here.

Visit the Florida Joint Center for Citizenship here for more ideas on how to help kids learn more about civics and their roles and responsibilities in becoming an informed voter.