Election Day is near – and by now we have a pretty good idea where the candidates stand on the issue. USF Political Science Professor Michael Gibbons wraps up his series on the debates with an analysis of the foreign policy showdown. 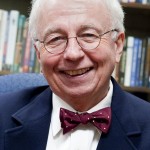 With the conclusion of the third debate, and a week to digest it, we now have a pretty good idea of what the differences are between President Obama and former Governor Romney.  The pundits commented almost immediately that Obama won the debate and that Romney pretty much agreed with the Obama Administration’s policies while criticizing the Obama Administration’s policies.  Certainly, Romney’s statements have changed since the Republican primary, embodying the etch-a-sketch strategy that they previously announced.  Even FOX News called the debate a draw, which is a sure sign Obama won.  But again, the punditocracy made their judgments largely on style, saying that despite his loss Romney did what he had to.  Basically, for the media, it was the Sarah Palin bar that he had to clear, i.e. not look entirely foolish.  But did he?

In fact, it’s a little different than they portrayed it and, in that respect, a little scarier.  Romney’s comments on each area of foreign policy had no specifics.  They were all expressed in very general, vague terms, resembling the table of contents of an introductory book on world affairs.  What specifics did exist were those borrowed from Obama.  However, important points did emerge.  Consider the following.

Four times Romney referred to Syria as Iran’s highway to the ocean.  Apparently, Romney is unaware that Iraq stands between Syria and Iran.  Moreover, Iran (i.e. Persia) has access to the Persian Gulf (hence the name), the Gulf of Oman, and the Arabian Sea.  It is somewhat frightening that the best the GOP has to offer for Commander-in-Chief is so unfamiliar with (arguably) the most important region of the world for foreign policy that he can’t get the geography right.

With respect to Iran, the Obama Administration has orchestrated a situation in which virtually the entire world is now allied with the U.S. in efforts to control Iran’s nuclear ambitions.  More bellicose foreign policy, including one allowing Israelis to force us into drawing red lines in the sand, would not have made Obama’s achievement possible.

More importantly, just days ago Efraim Halevy, the former head of Mossad (the Israeli counterpart of the CIA), after describing Obama’s approach to Iran as “courageous” and “brave,” claimed that “What Romney is doing is mortally destroying any chance of a resolution without war. Therefore when [he recently] said, he doesn’t think there should be a war with Iran, this does not ring true. It is not consistent with other things he has said.”

Aside from that, Romney’s claim to have a strategy for peace resembles his strategy for balancing the budget while cutting taxes and increasing spending; there are no specifics.

Finally, former Secretary of State and former Chairman of the Joint Chiefs of Staff, General Colin Powell has endorsed President Obama.  Saying that he has concerns about the constantly changing positions of Romney on foreign policy, he went on to say “sometimes I don’t sense he has thought through these issues as thoroughly as he should have” and, Powell thinks, “there are some very, very strong neoconservative views that are presented by the governor that I have some trouble with.”  Neoconservatives such as Paul Wolfowitz determined U. S. foreign policy under Bush II and orchestrated the invasion of Iraq, Powell’s position as Secretary of State notwithstanding.  And it’s important to point out that the phrase “I have some trouble with” is diplomatic speak for “this is really crazy.” Disturbingly, but not surprisingly, former Governor John Sununu, a Romney surrogate, immediately accused Powell of racism, of supporting Obama because of his race.

So we have a pretty good idea of what a Romney/Ryan foreign policy would look like.  And, to use diplomatic speak, it’s troubling.