# Relative silence on immigration, perhaps in the hopes that immigrants will “self-deport,” reveals contradictions in Republican platform | On Point

Relative silence on immigration, perhaps in the hopes that immigrants will “self-deport,” reveals contradictions in Republican platform

Elizabeth Aranda, a USF Associate Professor and head of the Department of Sociology’s Latino Research Initiative, is an expert on immigration. With just a few days left in the 2012 Presidential Campaign, she finds the lack of discussion on a hotly-debated matter a silence worthy of further exploration. She writes: 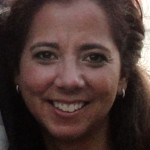 This presidential race has been silent on the issue of immigration. Maybe, this is because neither party has a good track record on immigration. Although the number of deportations under President Obama reached their peak during his term, we have seen some recent progress with his passing of the initiative that allows for some undocumented youth remain in the country. Still troublesome, however, is Gov. Mitt Romney’s “self-deportation” policy that remains part of the Republican party platform. This policy essentially supports “humane procedures to encourage illegal aliens to return home voluntarily.” According to their platform, examples of “humane” procedures include denying federal funding to universities that allow undocumented students to attend college at in-state tuition rates, and using the e-verify system to check the legal status of job applicants. Upon closer examination, this “policy” and other GOP actions appear to be a collection of contradictory statements and misguided decisions that will likely alienate Latino voters from the Republican Party.

Contradiction 1 – Specifically using “humane” and “illegal alien” in the same sentence of the party’s immigration platform:

Several elements of this self-deportation policy are extremely troublesome, beginning with the language used. The most egregious example is the use of the term “illegal alien.” Although the term “alien” mirrors how the U.S. government classifies those who are born outside of the United States yet reside in this country, its use is pejorative and does not convey to immigrants that the party (or the U.S. government for that matter) respects who they are as individuals. If anything, it reinforces their position in our society as outsiders regardless of their actual legal immigrant status.

Add to this that oftentimes individuals refer to the undocumented segment of the immigrant population as “illegals,” using the word as a noun instead of an adjective. What is disturbing about this language is that it dehumanizes immigrants. No individual is illegal. To suggest that is to strip individuals of their personhood, a paradox coming from a party whose platform aims to respect “the dignity of life.”

Contradiction 2 – The idea that “self-deportation” is something that can be “encouraged” using “humane procedures:”

The idea that certain practices would convince immigrants to return home is perplexing. First, because no such humane practices have been elaborated, and second, because the idea of self-removal makes little sense. What this policy is really suggesting is a full endorsement of the anti-immigrant climate that has increased in recent years with laws like Arizona’s SB 1070. This climate has created an environment of insecurity, not just for immigrants, but for U.S. born Latino citizens—and it has been anything but humane.

Deportation explicitly involves removal from a country. Implementing a policy of self-deportation raises the question, Under what conditions would immigrants “remove” themselves from a nation?

I imagine what Gov. Romney means when he talks about “self-deportation” is what in academia we call “return migration,” which occurs when immigrants exit environments that they believe are detrimental to their well-being.

One way to look at “self-removal” is when teenagers want to change schools or opt out of going to school altogether because someone there is bullying them, or when women drop out of the workforce because of gender discrimination or hostile environments that drive them to the point that they no longer want to participate in the labor market. The real meaning of “self-deportation” is the decision to opt out of trying to pursue a meaningful life in the United States. The answer to why immigrants would do this has nothing to do with any kind of humane procedure as the GOP suggests.

The answer is what fellow sociologist, Helen Marrow, bluntly calls “making life hell for immigrants.” Living in fear of being pulled over, of being separated from one’s family, or of being deported to a country you barely remember, constitute what some would consider living under “hellish” conditions. For some of these immigrants, the anxiety and insecurity that these conditions create may drive them to “choose” to return home, to opt out.

According to research I have collaborated on, immigrants consider returning to their countries of origin when they have felt discriminated against. Our research has shown that those who have experienced discrimination either in the course of entering the country, or in public spaces, by immigration officials who questioned the legality of their presence, were most likely to think about return migration. This did not mean they returned. It did, however, affect how attached they became to the nation. This kind of experience led them to feel rejected and in some cases profiled based on their race and country of origin. Young men are often the targets of racial and ethnic profiling to a greater degree than their female counterparts. Those who experienced these forms of discrimination were significantly less likely to support a McCain presidency than an Obama presidency in 2008 when they were polled.

For a party that is trying to win over the Latino vote, particularly in swing states like Florida, it is puzzling that its platform would endorse self-deportation. Given these research findings, such an endorsement amounts to giving one’s blessing to racial profiling and discrimination in the hopes that immigrants come to feel unwanted, and eventually give up and go home. This is peculiar for a campaign whose goal is to win at least 38 percent of the Latino vote. There is more to self-deportation than what Republicans are letting on. If the Romney-Ryan ticket prevails, Latinos should prepare for what lies ahead, including the real possibility that they will increasingly be the objects of racial profiling in Florida, Arizona style.